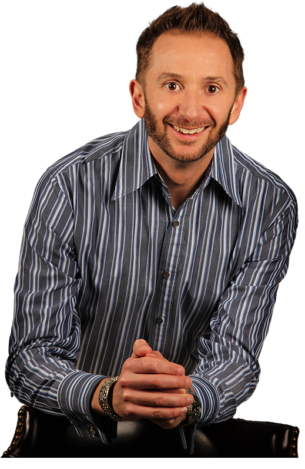 “ My passion is helping people eliminate mental barriers, take control over their lives, and create next level professional success and personal fulfillment. That’s my rocket fuel. ”

The work was honest and plentiful, but it wasn’t what Chris Strouthopoulos envisioned earlier that morning in March of 2000 as he donned his Brooks Brothers suit, which his mother bought for him as a graduation gift from Claremont McKenna College six months prior, to begin his foray into the corporate world at Sun Microsystems. But, having grown up in a house where work ethic and success reigned supreme, Chris carefully folded his coat, removed his tie, and tried not to feel overwhelmed by the myriad file cabinets that he was about to tackle.

Thirty minutes later, his dress shoes straining feet accustomed to mountaineering boots, Chris began contrasting his present employment with his experience—just months before—climbing and traveling through India and Nepal. Images of massive Himalayan walls, of conversations in primitive stone huts with holy men, and of pushing his personal boundaries on climbs and among different cultures didn’t mesh with his newfound reality.

Repetitive labor allows the mind to wander, and Chris recalled his time spent working as an Outward Bound instructor in Colorado’s Gore Range, coaching students of all ability levels up “impossible” mountains. Some dissolved into self-doubt-infused tears before Chris coaxed them along, while others broke down upon accomplishing something bigger than themselves.

A month later, Chris cast aside his relatively high-paying and upwardly mobile—albeit passionless—corporate job, opting instead for his Subaru Impreza, a Tupperware bin full of food, and $85 per day instructing for Outward Bound.

For some, this crossroads might have been career suicide. For Chris, it was the start of a new life of taking his hard-won lessons from college and the mountains and giving back to others.

Colorado’s aspen leaves faded from green to gold, and Chris followed his heart to a job ski patrolling at Vail. There, he met Sarah Merrill (now Sarah Strouthopoulos), a school teacher, champion ski racer, and fellow traveler. Any remaining corporate ambitions succumbed to a life of following dreams while supporting a family-to-be.

A gig teaching English in Japan came next, followed by a master’s degree at Dartmouth College, before Chris and Sarah packed-up their twin Subarus and left their safe harbor of Lebanon, New Hampshire, for Durango, Colorado. There, Chris worked as a mountain guide before accepting a job as a professor at nearby San Juan College.

Thirteen years happily unfurled as Chris helped students young and old overcome their fears, break free of career-limiting mindsets and change stuck-in-the-rut habits. While many of his students came from challenging backgrounds, they had Chris’ teachings, mentorship and role-model guidance to coax them through their own crossroads. The program and curriculum that he co-created for first-year students saw graduation rates spike by 143%. Teaching awards and career advancements followed, but for Chris, the true reward came from seeing his students vanquish fears and engage the lives that they were supposed to be living.

These indelible lessons of self-empowerment and helping others overcome their fears swirled as Chris continued challenging himself in the high mountains—both through climbing and through his volunteer work building solar-power installations in Himalayan schools and monasteries with his mentor and best friend—and in the classroom. In early 2018 Chris presented these thoughts in a TEDx talk on cultivating successful teams.

The feedback from his TEDx talk was positive and helped Chris realize that it was time to leave San Juan College to start his own business as a corporate trainer leading workshops for C-suite employees.

While these accomplishments aren’t small, Chris’ main source of strength, inner learning and humbleness comes from the mountains—geological creations that don’t care if climbers grace their summits. Mountain lessons are always as firm as the granite that undergirds their enormity, and while Chris has savored summits, he’s also tasted defeat, hungry nights huddled in cold tents, and the frustrations of waiting-out Alaskan snowstorms.

Most importantly, he’s learned that summits—physical or metaphorical—are only attained by taking those sometimes-scary first steps.

Chris continues to hone these transformational skills as the founder and manager of Ascent Empowerment, where he has coached hundreds of corporate executives through the challenges of career burnout, as a Himalayan mountain guide for Ian Taylor Trekking, and as a devoted father and husband. While few things please Chris as much as seeing clients, students and even his own son overcome personal doubts and fears, he has never lost sight of his own moment in the barrel—staple remover in hand—and the life of adventure, teaching and empowering others that it afforded.

TEDx Talk
Hosted by GeorgiaTech, Chris speaks about how the lessons he’s learned in mountains, classrooms, and boardrooms enable any group to build trust and become truly high performing.